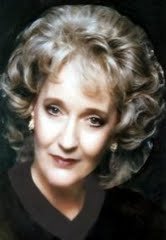 Jean Henry Mead is a national award-winning photojournalist published domestically as well as abroad. She’s also the author of 18 books including the Logan & Cafferty mystery/suspense series, Hamilton Kids’ mysteries and western historical novels. Her nonfiction books include five books of  interviews and several history books, one of which served as a college textbook. She began her writing career as a news reporter and worked as a staff writer-photographer and editor for three newspapers in California and Wyoming.  She also served as editor for magazines and small presses and freelanced for the Denver Post.

Jean says, " Although I was born and reared in Los Angeles, I live on a mountaintop ranch in Wyoming, which is the setting for my latest Logan & Cafferty novel, Gray Wolf Mountain. Dana Logan and Sarah Cafferty are driving Dana’s Escalade down the mountain when someone shoots out a tire and the SUV rolls off the road. They’re soon rescued by an old man in an ancient, rusty pickup and they learn that he nurses wounded wolves back to life. Someone’s using the wolves for target practice, and later humans as well." 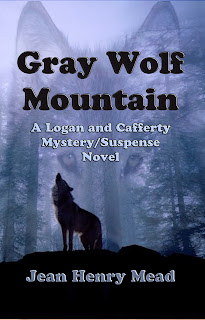 Stooped and slim as a broom handle, he shuffled around to the opposite side of the truck in his frayed plaid shirt and greasy, ragged overalls. Dana flipped open her cell phone and punched in 911. Wouldn’t you know? No service in the area. They would have to accept the ride. Offering to help their benefactor, they were waved off as he removed an aging yellow cat the size of a short-legged cocker spaniel. He then hauled out a battered plastic box with a cracked lid. Placing the box and cat in the bed of his truck, he next retrieved several lengths of greasy rope with hooks attached to both ends. That left something wrapped in a filthy blanket. When it fell to the ground, they saw that it was a saber.
Sarah gasped and grabbed Dana’s arm. “We don’t want to put you to any trouble,” she said,  voice quavering.
He cupped a hand to his left ear. “What’s that you say?”
So he was hard of hearing. Sarah raised her voice and repeated what she’d said.
“No trouble, young lady. I need to clean my truck out, anyhow.”
“Young lady?” They looked at one another and grinned. “We haven’t been called young in ages.”
His returning grin had several teeth missing. “You two look mighty spry to me. Good lookin’ too, if I might add.”
That settled it. They would have to accept the ride, but neither wanted to sit next to him. The old man didn’t appear to have had taken a bath in months. Turning her back, Dana removed a coin from her wallet and flipped it on her wrist. Covering it with her palm she motioned for Sarah to call it.
“Heads.” Sarah said, crossing fingers.
Sighing with relief, Dana showed her the coin.
“No problem,” Sarah whispered. “My sinuses are so clogged from all this mountain greenery that I can’t smell a thing. Make sure you roll down the window.”

Jean will be giving away a copy of Gray Wolf Mountain at the conclusion of the blog tour on December 11, and will announce the winner at Mysterious Writers: http://mysteriouspeople.blogspot.com/

Thanks for hosting me here today, Jean, on this last day of the Mystery We Write Blog Tour. It's been both informative and fun.

Thank you, Marilyn. Writing this book was fun.

Jean, loved being on tour with you again! It's been a lot of fun, and this tour I've read so many wonderful excerpts, including yours!

Happy trails until we tour again--Earl driving the bus I hope.

Thanks, Madeline. Happy trails and wishing you a very merry holiday season with mega book sales.

Great excerpt to wrap up the Mystery We Write tour!

Oh, Jean, that excerpt just made me want to read more. Thank goodness Gray Wolf Mountain is already on my Kindle. All I need now is to find some time to read. :)

Always a pleasure touring with you, Jean. I look forward to reading the next Sarah and Dana adventure. Best wishes.

Really descriptive bit of writing. I could see it all, and smell it too!
Wendy
W.S. Gager on Writing

Thanks, Collin. It's been great touring with you and I'm glad that I was introduced to your books.

Thanks again, Anne, for organizing this tour and for your kind comments. I hope you enjoy Gray Wolf Mountain as much as I enjoyed Frank, Incense and Muriel.

Dear Earl, it's always a pleasure touring with you. I look forward to reading your Tall Chambers book.

Wendy,it's been a pleasure touring with you. Keep those good Mitch Malone mysteries coming! 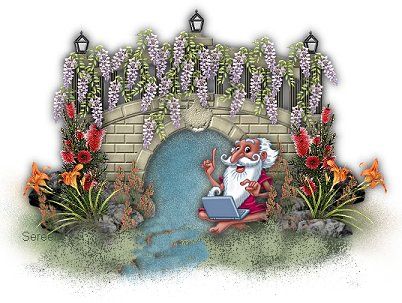 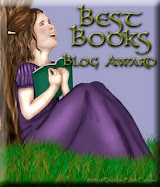